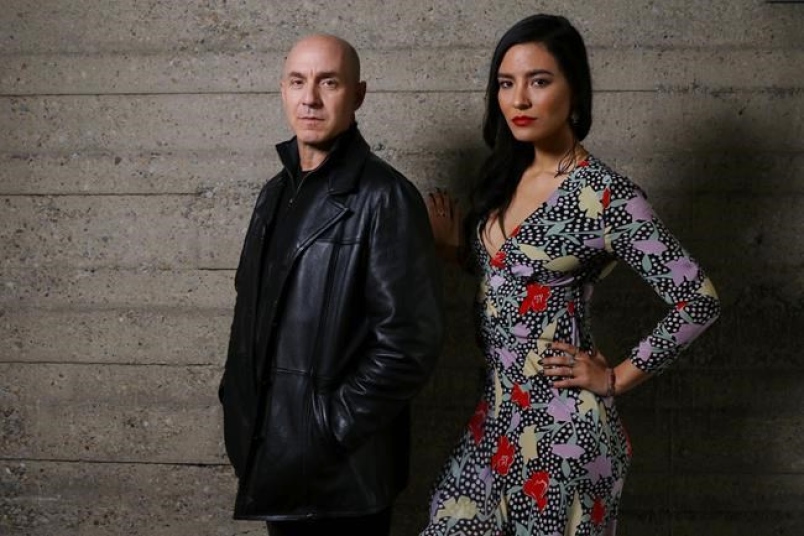 CALGARY — Jessica Matten, the star of the new APTN series "Tribal," has lived a life that's prepared her to play the controversial chief of police tasked with investigating allegations of corruption on a reserve.

The 10-part series sees her character appointed by the head of the federal justice department to oversee the fictitious reserve, and partners her with a big-city cop, who is white.

Matten, 35, whose previous credits include "Frontier" with Jason Momoa and "Blackstone," is originally from Edmonton but has lived on reserves across Canada.

"I lived in 26 different homes by the age of 21. When you're a teenager trying to figure out who you are you can build some pent-up aggression or resentment. What I did as a youth was take that out in the form of sports and self defence," Matten said in an interview with The Canadian Press.

"One of my family relatives is actually one of the victims of an MMIW case. That's why this show is impactful to me," she added.

Jennifer McPherson, her cousin, was killed in April 2013 in B.C. by a man who had killed another Indigenous woman seven years earlier.

"That has been a part of my life in so many intricate ways as you can imagine for so long. So for (showrunner) Ron (Scott) to incorporate that into the storylines matters to me on a very deep level," she said.

Matten detoured from talking about the show to discuss her disappointment that little action has resulted from the final report from the National Inquiry into Missing and Murdered Indigenous Women and Girls, and to express support for blockades in support of Wet'suwet'en hereditary chiefs in B.C.

"Eerily enough with the pipeline controversy happening now — how weird that we filmed the show last summer and now this is happening, which proves just how relevant these issues still really are."

In the second episode of "Tribal," which airs Thursdays on APTN, a pipeline protest overshadows a police investigation into a man's death, while a later storyline involves an explosion at an oilfield site that sparks controversy between an Indigenous energy company and the reserve's citizens.

Brian Markinson, who previously starred in "Mad Men" and "Unspeakable," plays an old-school cop whose career has seen better days.

The veteran actor, who is American, had never been on a reservation prior to filming the show in the Calgary area.

"I was completely ignorant. I come from the United States and we have our whole mythology based around Indigenous people down there and so yeah it was a real education for me," Markinson said.

"This stuff is seen through the prism of a white dude, a guy who is an outsider and it's interesting to see where this guy starts and where he ends up toward the end of the season."

Markinson said the show is impressive because many of the issues dealt with on the series are "ripped from the headlines".

Series creator and showrunner, Ron E. Scott, also developed the television series "Blackstone." He came up with the new concept because a lot of big cities in Canada and the United States were founded with reservations all around them.

"What I found fascinating was the whole idea of the reserve life flowing into the city and the city flowing into reserve life, so this kind of osmosis between old-school cowboy and Indian storylines," said Scott, who was born to a Metis-Cree family in Edmonton.

Scott said there will be a realistic crime solved in each show with a season-long story arc involving the investigations of corruption.

"The show is set up to entertain and it does have a commentary and it is subtle but it doesn't pander to the audience and insult the audience's intelligence."

This report by The Canadian Press was first published Feb. 20, 2020

Note to readers: This is a corrected story. A previous version misstated where Jessica Matten is from.