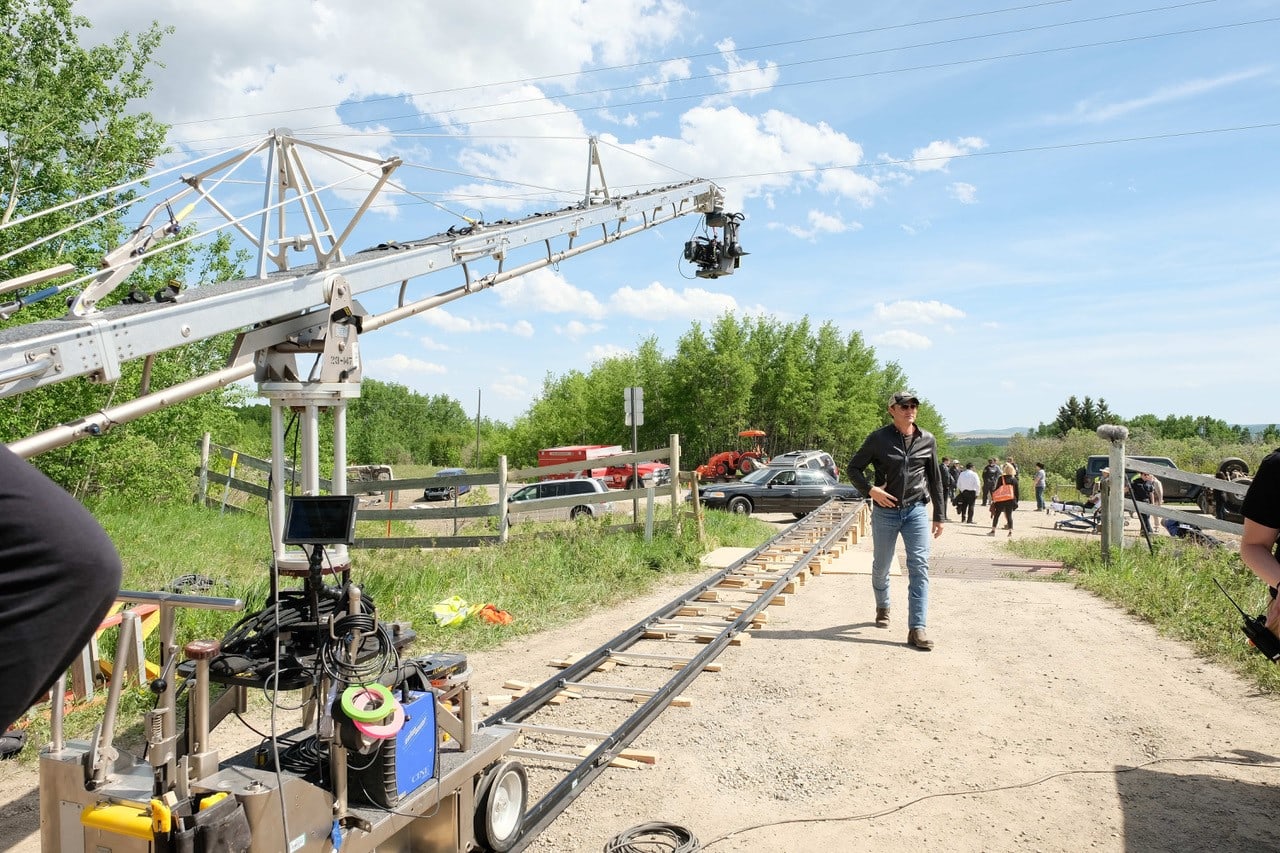 There are worse dilemmas for a television creator.
But Ron E. Scott’s previous project, the Edmonton-shot TV drama Blackstone, was so dark and singular that it’s hard to imagine how he might top it with a followup. The series ran for five seasons on Showcase and APTN, offering an unflinching and often harrowing look at the corruption, addiction and violence that plagued a fictional Alberta First Nations reserve.

While it may be a stretch to suggest his new crime drama Tribal, which began filming last week on the Tsuu T’ina First Nation outside of Calgary, finds him lightening up, he will say that it has a different tone than his former series.

“It’s not in the same kind of vein as Blackstone,” says Scott, who is writer, producer and showrunner of the new series. “It’s a little more accessible, less confrontational, less aggressive in its narrative. That was how we shaped the show. At the same time, it does have a social relevance and definitely a commentary that is definitely interesting in our day and age.”

There is some other obvious overlap, including star and Blackstone alumni Jessica Matten. She plays Samantha Woodburn, interim chief of the Tribal Police Force. When the department of Federal Justice take control of the force, she finds herself tangled in political red tape and butting heads with a new partner, Chuck “Buke” Bukansky (played by Mad Men’s Brian Markinson), a seasoned detective from the Metro Police.

Scott, who is a member of the Metis Nation of Alberta, says the idea was to present a TV crime drama through a First Nations perspective. As with Blackstone, the stories will touch on racism, corruption and sexism and often centres on real crimes.

“I love to ground any show I do in reality,” he says. “They are inspired by true events. They’ll definitely have some relevant topics that some people recognize and some that they may not recognize or realize this is actually happening. For example, some of the pipeline issues. We also go after some of the native justice and go over healing lodges and how they relate to native justice and the criminal justice system.”

Eight episodes will be filmed on both the Tsuu T’ina First Nation and in various areas of Calgary. It is scheduled to air on APTN in the fall. Justin Rain, Garry Chalk, Adam MacDonald and Julian Black Antelope will also star. Calgary actress Michelle Thrush, who won a Gemini Award for her turn as troubled alcoholic Gail Stoney in Blackstone, plays Woodburn’s mother in Tribal. That character is world’s away from Gail Stoney.

“She is a very different kind of character,” Scott says. “She is very polished and refined, which is something that we haven’t always seen. There are other aspects of Indigenous people. There are successful Indigenous people, they don’t all live on reserves. Although that’s important to for our story purposes, that’s not Michelle’s character in this.”

Scott is the founder of Prairie Dog Film and Television, which is now based in Calgary. He says he hopes to produce more projects in town and “put people to work” while continuing to tell stories through an Indigenous lens.

“I think it’s critical,” he says. “I think Tribal has some characters who are real people operating in the real world. I don’t think we put them in a box. There’s compelling drama, entertaining drama set in an Indigenous world with an Indigenous voice. The lead character is a rock-solid hero type. It’s going to be interesting to see how that plays out. There will be an Indigenous voice on screen, at the same time it is still an entertaining show that strives to be true to the genre.”